Michelle Obama said that she’ll never ever forgive Trump for “putting my family’s safety at risk” over birtherism: “its underlying bigotry and xenophobia [was] hardly concealed. But it was also dangerous, deliberately meant to stir up the wingnuts and kooks.” 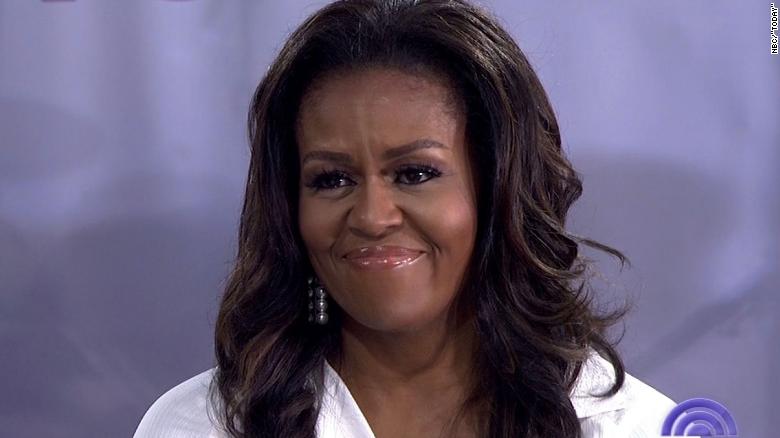 Former first lady Michelle Obama discusses her dislike of President Donald Trump — as well as personal details of her life before and during her time in the White House — in her highly anticipated memoir, “Becoming,” The Washington Post reported Thursday.
Obama says she would “never forgive” Trump for the rumors he spread questioning the legitimacy of President Barack Obama’s American birth certificate, which she said threatened her family’s safety.
“The whole [birther] thing was crazy and mean-spirited, of course, its underlying bigotry and xenophobia hardly concealed. But it was also dangerous, deliberately meant to stir up the wingnuts and kooks,” she writes, according to the Post, which obtained an early copy of the book. It will be released next Tuesday.
“What if someone with an unstable mind loaded a gun and drove to Washington? What if that person went looking for our girls?” she adds. “Donald Trump, with his loud and reckless innuendos, was putting my family’s safety at risk. And for this, I’d never forgiven him.”
News Credit: https://t.co/RN9bBzhFKq